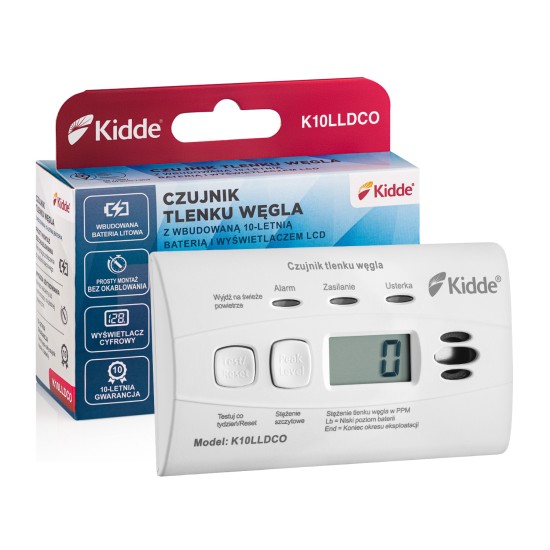 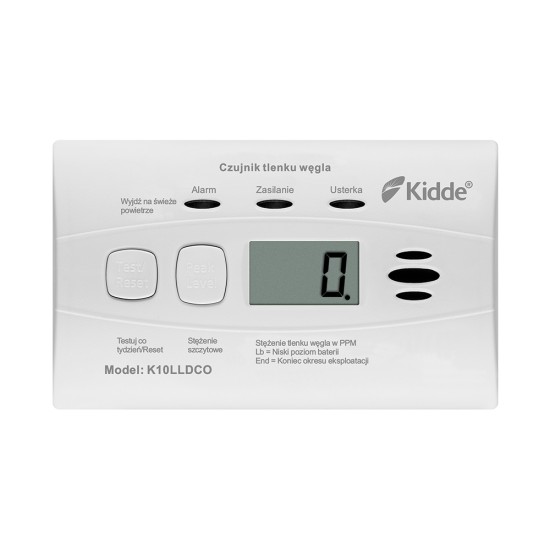 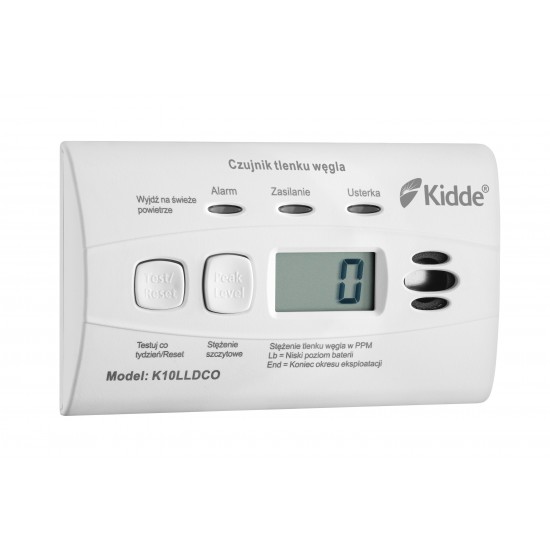 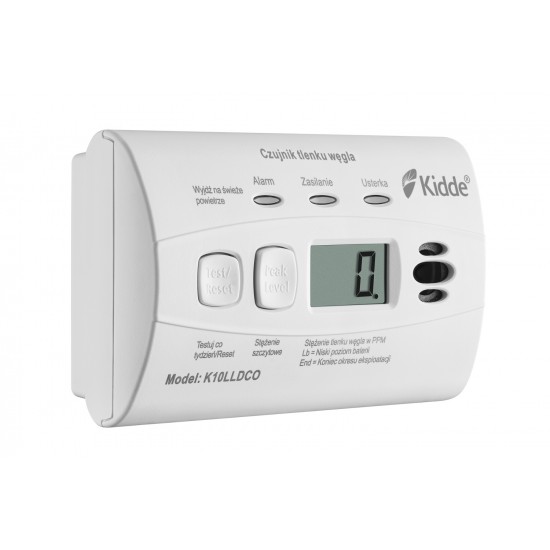 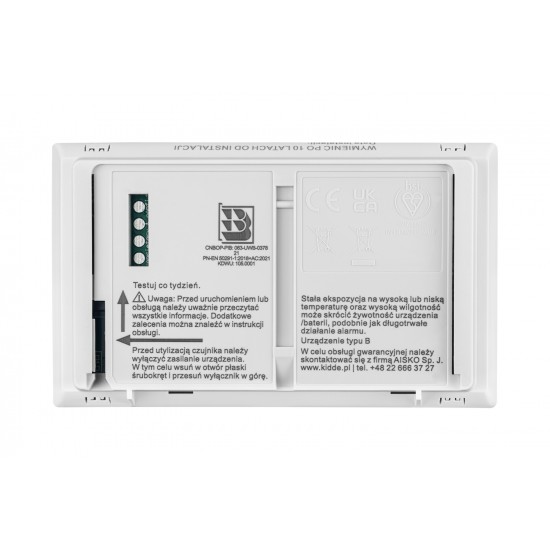 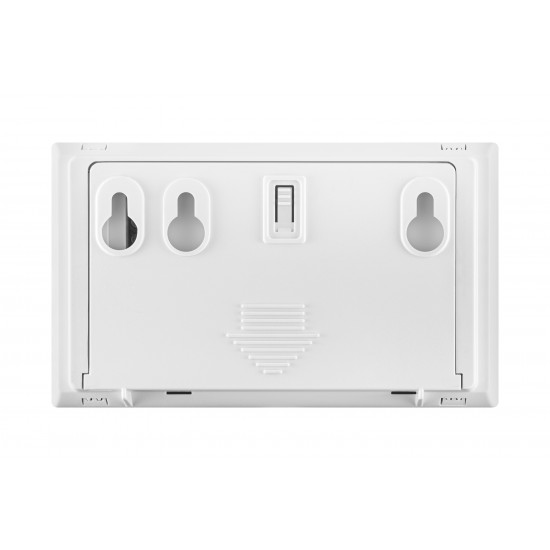 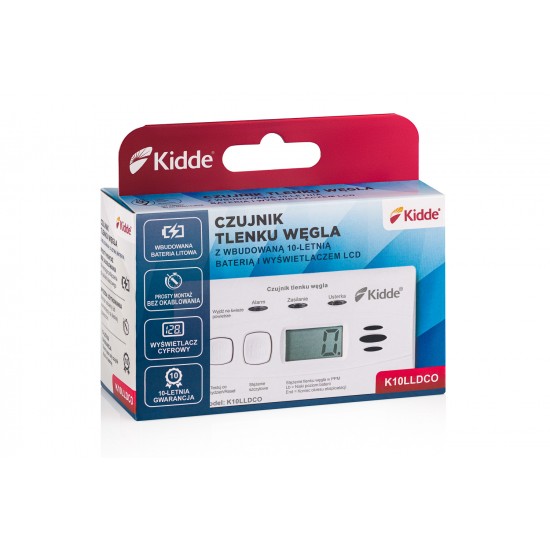 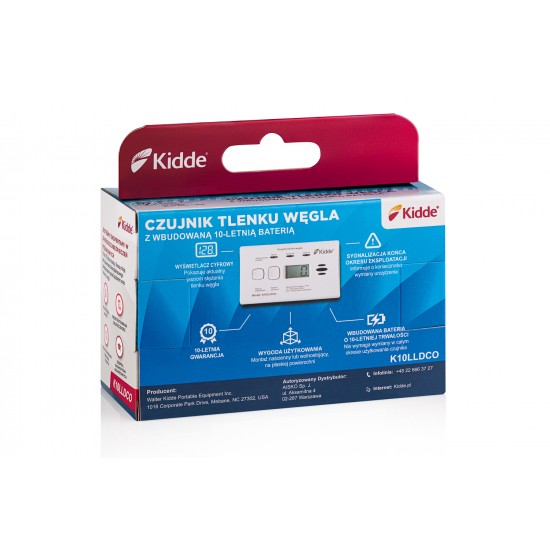 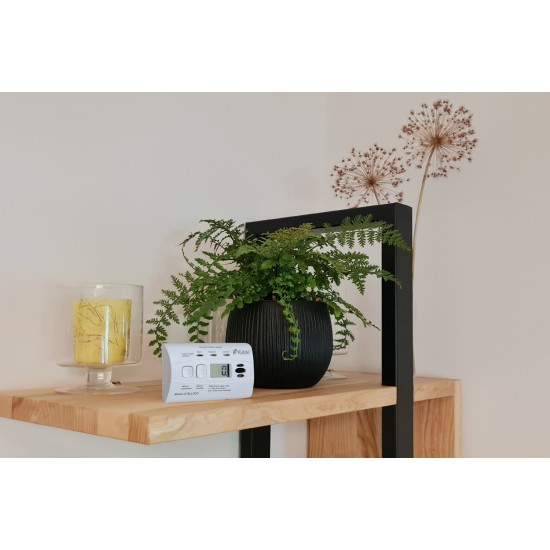 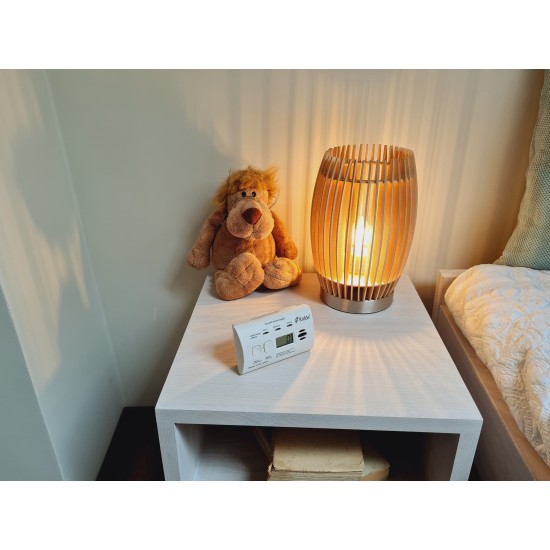 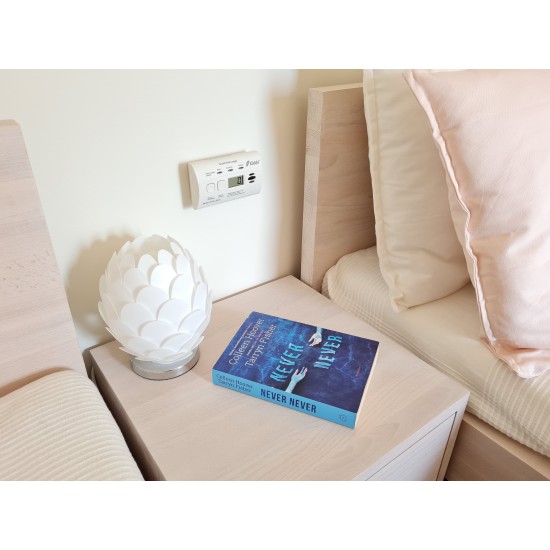 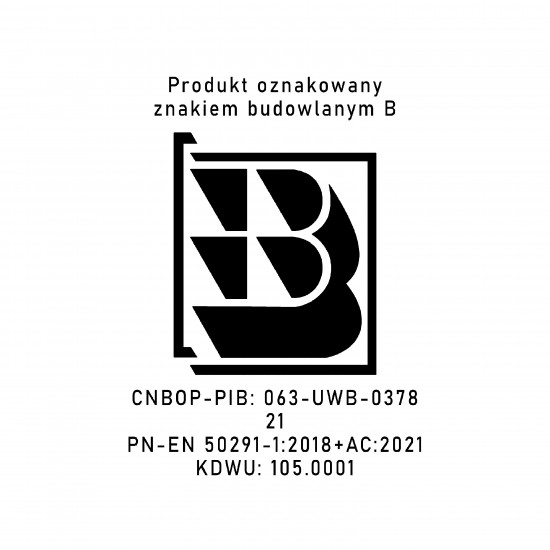 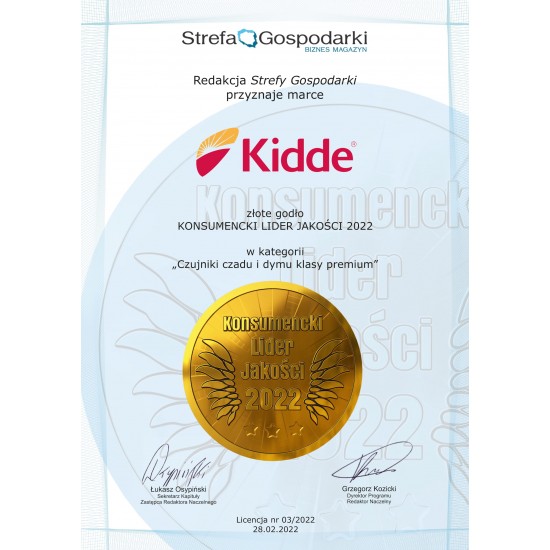 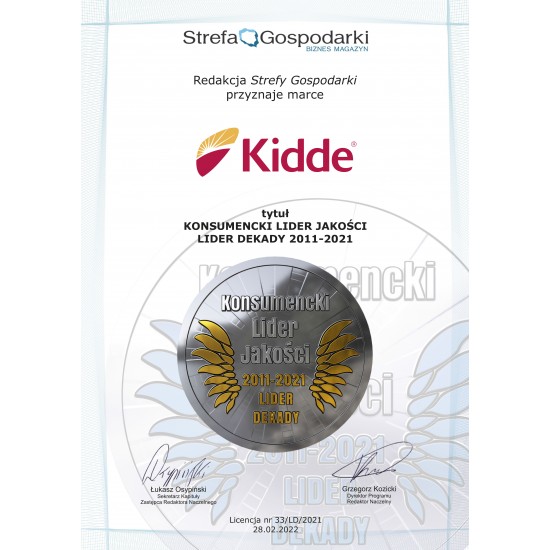 Carbon monoxide detector with display model K10LLDCO is equipped with a Kidde electrochemical sensor, guaranteeing 10 years of operation. Powered by a built-in battery that does not require replacement for the lifetime of the device. This solution allows the detector to be mounted in an optimal place in the room and provides protection also in the event of a power failure in the network.

The built-in LCD display shows the concentration level of carbon monoxide in the range from 0 to 999 PPM. CO concentration measurements are performed every second. Exceeding the permissible CO level is signaled optically (red LED) and acoustically (loud, pulsating sound alarm with a strength of 85dB).

The sensor has a test / reset button that allows you to check the device's operation and turn off the alarm signaling, as well as a button, when pressed, which displays the highest detected CO level stored in the sensor's memory. The sensor has the function of informing about the activation of the alarm in the last 14 days. Thanks to this, the user can make sure that there is no emission of carbon monoxide during his absence in the room.

The efficiency control system monitors on an ongoing basis, among others: the sensor, internal circuits and the state of the battery. In the event of a malfunction or low battery level, the yellow LED blinks, the LCD panel displays the corresponding graphic information and an audible warning sounds. In addition, the sensor is equipped with a simulation test function that allows you to quickly check the correct response of the sensor to the CO test gas.

Thanks to a specially designed housing, in addition to wall mounting, the sensor can also be placed on a flat surface, e.g. on a bedside table near the bed. It has a blockade that prevents disassembly of the device installed on the wall. After 10 years from the activation of the power supply, the sensor will remind you to replace the device.

K10LLDCO is marked with the construction mark B confirming compliance with the requirements of the Polish standard PN-EN 50291-1: 2018+AC:2021 for home carbon monoxide detectors. The research was carried out by the Scientific and Research Center for Fire Protection - National Research Institute (CNBOP-PIB). In addition, it has a BSI certificate confirming compliance with the requirements of BS EN 50291-1: 2018 issued by the British Standards Institution.