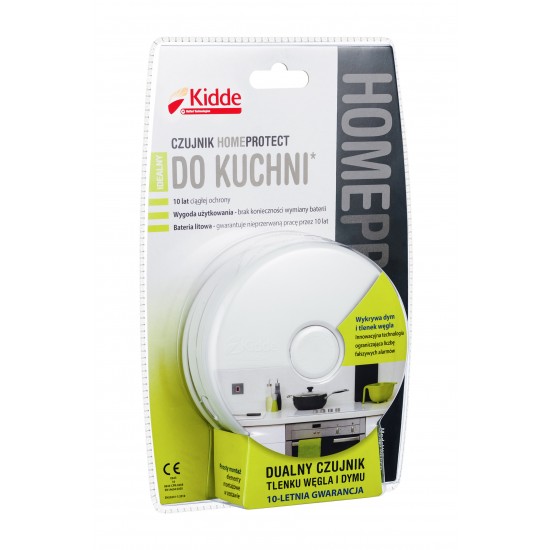 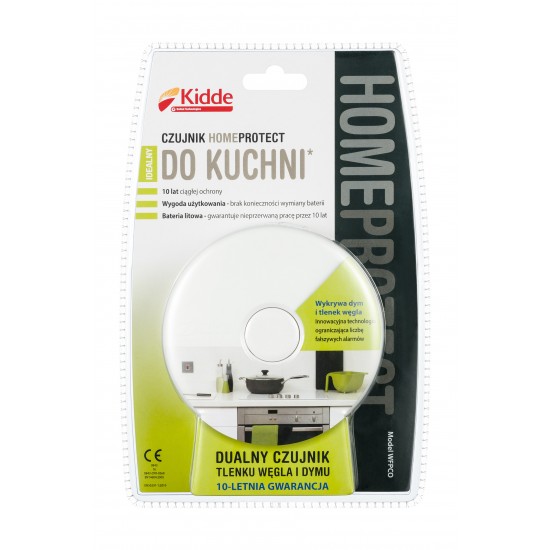 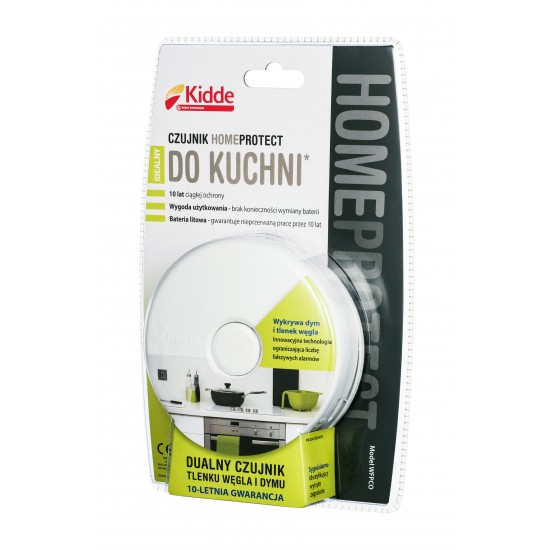 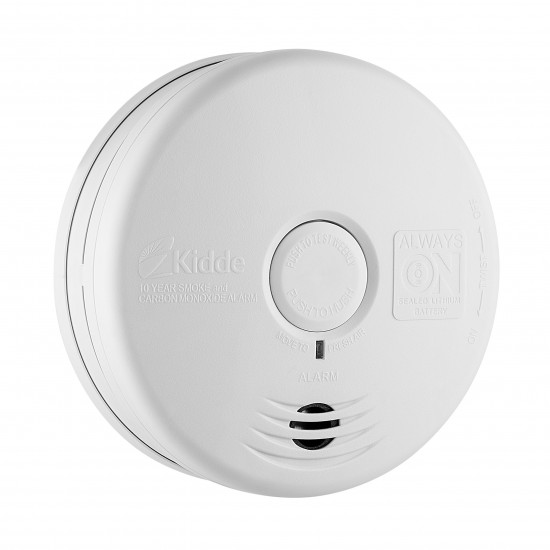 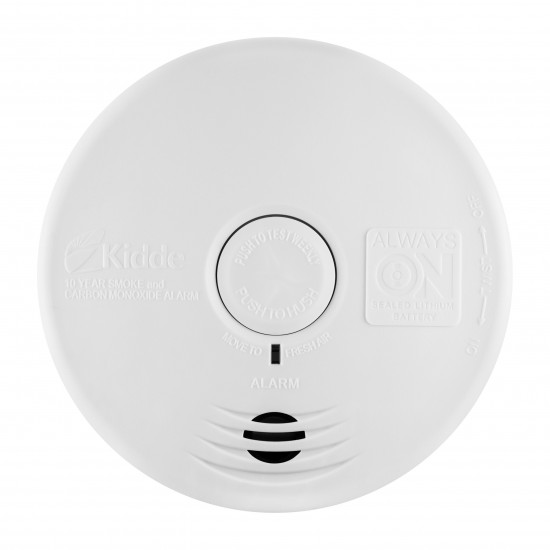 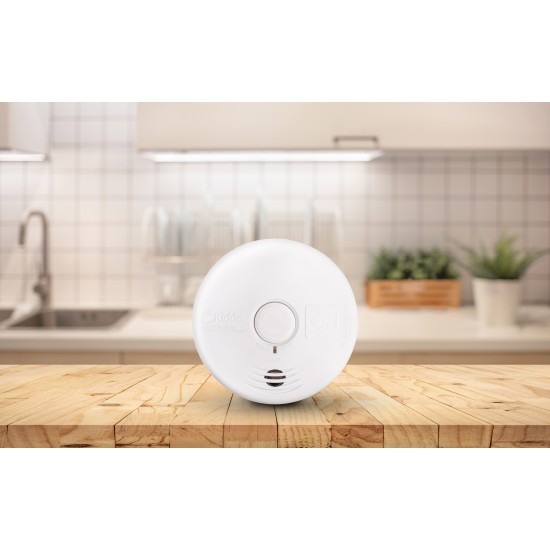 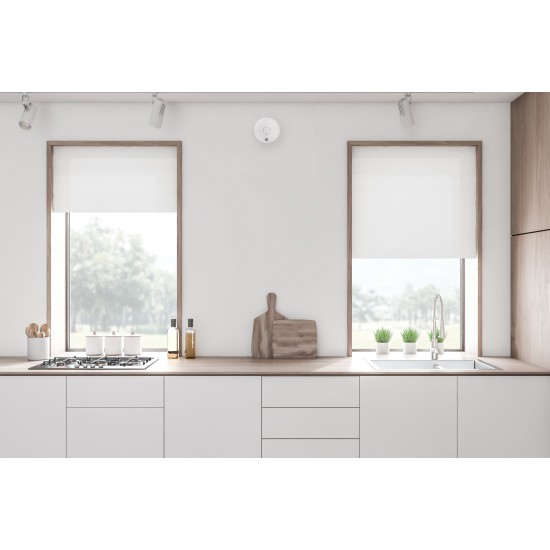 As one of the few it can be installed in the kitchen. It is also ideal for protecting rooms in which electrical appliances that can be a fire starter are used, as well as devices that are a potential source of carbon monoxide, e.g. a fireplace, gas stove, wood-burning stove, coal or heating oil, etc.

Smoke and CO sensors communicate with each other, thanks to which they can intelligently notice the difference between harmless combustion products eg. steam generated during cooking, and a real fire hazard. This significantly reduces the number of false alarms compared to traditional smoke detectors installed eg. in the kitchen.

Powered by factory built-in, non-replaceable lithium battery guaranteeing 10-year uninterrupted operation of the device. This solution minimizes operating costs, allows the detector to be installed in the most optimal place and provides protection, even in the event of a power outage. The power is activated when the detector is placed in the mounting bracket.

The detector has been equipped with the HUSH button for switching off the sound signaling of an accidentally triggered alarm, TEST button and LED diode enabling quick checking of the battery status and correct operation. By installing the holder with one screw, the installation of HomeProtect detectors is very simple and quick. Additionally, the detector has a blockade preventing its removal by children or bystanders. After 10 years from activating the power supply, the detector will inform you that the device needs to be replaced.

The detector is also available in other versions - ideally suited to the function of the rooms (living room, bedroom, hallway).