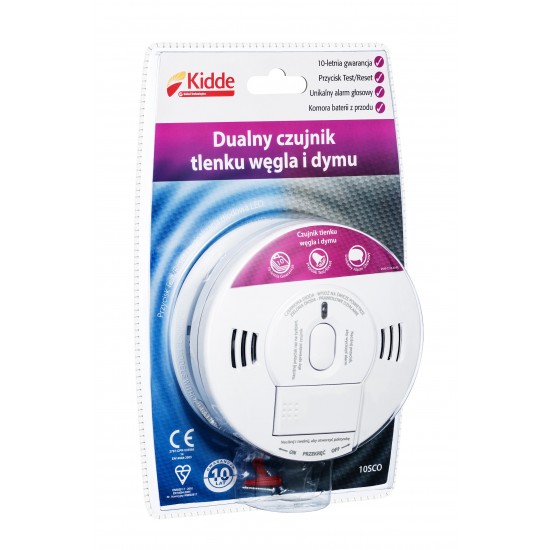 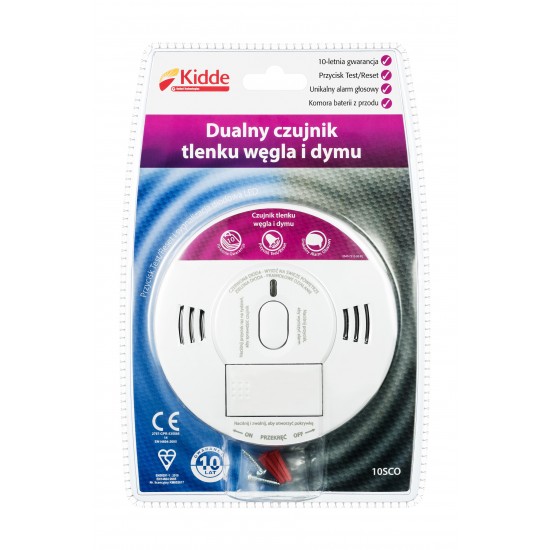 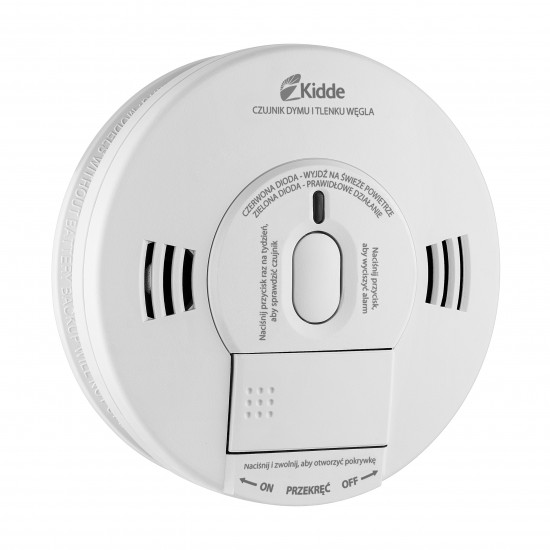 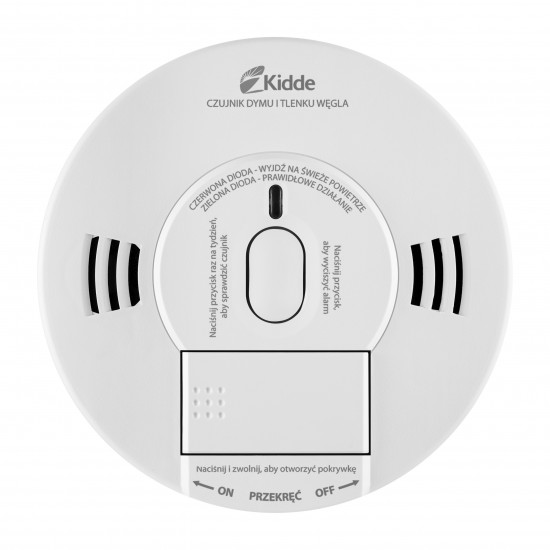 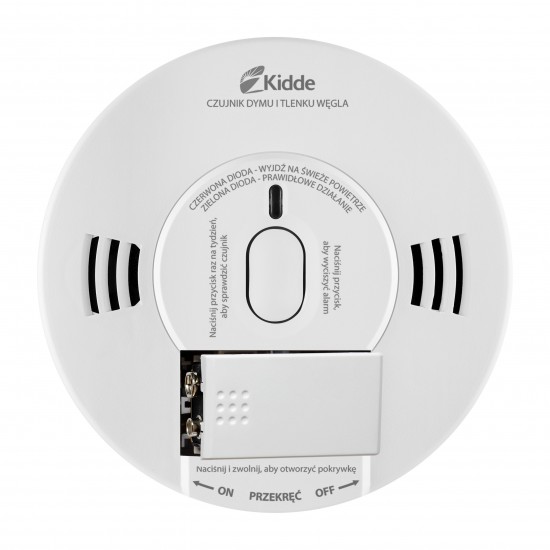 10SCO is used to protect rooms against fire and carbon monoxide. The device has two independent sensors placed in one housing.

Smoke sensor monitors the air for the presence of products formed during combustion or smoldering objects. Carbon monoxide sensor is used to monitor rooms for carbon monoxide (CO).

If a fire is detected and / or the permissible concentration of carbon monoxide is exceeded, an acoustic alarm with a strength of 85dB is triggered, an optical alarm (red LED) and a voice message (in English) is emitted informing about the type of detected threat. The built-in automatic efficiency control system monitors, among others state of sensors, batteries and internal circuits. When a fault is detected, the signaling appropriate to the fault is activated.

Test / Reset button allows the device to be checked and operated. The device's memory stores information about the detection of CO concentration exceeding 100 PPM. Thanks to this, the user can check if there was any emission of carbon monoxide during his absence in the room.

10SCO can be ceiling or wall mounted. Battery power allows the detector to be installed in the most optimal place and provides protection also in the event of a power failure in the network. 10 years after the activation of the power supply, device will inform about the need to replace the device.